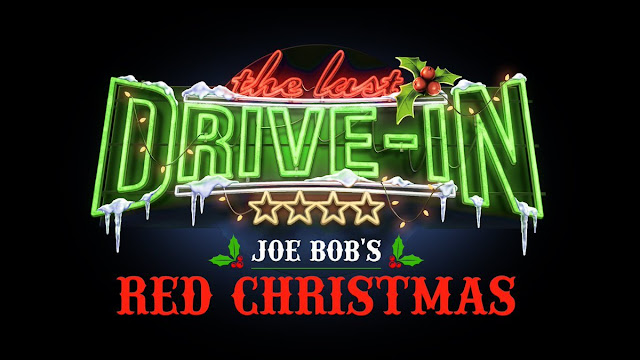 On Friday December 13th, Drive-In Mutants everywhere were fortunate enough to have yet another Joe Bob Briggs holiday special. This was especially appreciated as it had been sometime since Joe Bob’s Halloween Hootenanny and I was certainly in need of a Joe Bob fix.

Last year, Joe Bob Briggs (John Bloom) treated us to several Phantasm films. Generally, I can’t complain because there is only one Phantasm film that, having seen it once, pains me to watch again. But I was admittedly a little surprised last year as there are enough Christmas themed horror movies to almost start an entire streaming service…of just Christmas themed horror films.

This year Joe Bob dialed it up a notch (if that is even conceivable as Joe Bob and crew are always at 11 on a scale of 1 to 10). The film everyone wanted to see and whose remake ignited a bit of a Twitter storm, was first up with Black Christmas.  I’m not going to go into any meaningful detail on the movies that were shown because 1. I really want to discuss some of the “non-movie” moments of the special and 2. I really just want to encourage people to go and check out the special…or check it out again if you watched it the first time. 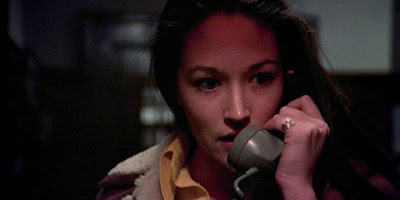 So, as I mentioned, Black Christmas was first up…I should say the original Black Christmas.  A remake was produced in 2006 and, as we now live in the world of endless remakes and reboots, yet another remake was released about two weeks ago…to some controversy and little box-office.

The second feature was Jack Frost – a real 90s treasure and a film produced just on the cusp of the inexpensive CGI wave that SyFy has been riding for a decade and a half. This is a fun flick that is perfect for what it is, and I and many others were stoked it showed up as one of the featured films.

Finally, the special was rounded out with Silent Night, Deadly Night Part 2 (or should it be called Part 1.5 since it feels like half the original film is in the sequel? It is a film that can be taxing to some, but I’ve always enjoyed it and it has gifted us with one of the best memes in meme history.

There – I have the three films that were shown out of the way.  I don’t mean to be curt – but so much more happened on Joe Bob’s special than the films. Some things that I’ve been continuing to process since the 13th. Some heavy truth was laid on the viewers during a couple of segments and I just have this desire to call them out a bit.

If you do a search on say Amazon or YouTube for author John Irving Bloom you will find what we’ve known about him all along – he is a renaissance man of many stripes. I mention this because, until the most recent special, I had a bit of a preconceived idea about what the life of John Bloom/Joe Bob Briggs is like day to day.

At about the half-way point of the special, Joe Bob took time to discuss second chances.  You can find the segment online, but I encourage you to watch it on Shudder.

When he began, perhaps I thought he was going to go in a different direction. Instead, I was told what I needed to hear…not what I wanted to hear. When someone needs a second chance, even if it is the 9247th second chance… you give it to them. I’ve been prone to the way of thinking he was railing against. It is an often convenient and socially acceptable way to alert people to how great I am. “Oh sure, I might have screwed up at work, but at least I’m not like Butch who got fired for getting drunk again.”  More often than not, if the world “but” is used in a sentence, just straight rationalization is about to take place.

When Joe Bob got to the heart of the matter, I certainly felt convicted. I’ve played that game far too often, and have been around people who play it even better than I. Whether you follow secularism or a religious belief, the concept of never giving up on people has to be a cornerstone of how you act day-to-day.

I was convinced the rest of the special would be straight-forward.  A special segment with Darcy/Diana was being teased and I thought that segment would be the ultimate pay-off of Red Christmas.

As the special was wrapping up, Joe Bob insisted that sad Christmas stories be shared by him and Diana/Darcy. Now, its not that I don’t think Mr. Briggs can be sincere – I saw his segment regarding Larry Cohen before he showed Q and so I know he is a heartfelt and genuine human being. The indicators of his humanity are countless.  Nevertheless, I wasn’t prepared for the story he shared.

It wasn’t that I’ve never heard sadder stories. Hell, Diana told one even sadder than his just minutes later. What got me and continues to worm its way through my brain even now was the sheer honesty of what they shared. The vulnerability displayed by both is not of the variety often on display today. I can tune into any daytime talk show and see crocodile tears regularly. That usually comes in handy when someone has a movie or a book coming out. This was so much more. The ordeal Diana had to endure has sincerely altered how I see her and has increased my already significant respect for her more than I can describe.

It was a reminder that no matter how you think someone’s life is going you’ll never know the whole story.  Hell, even if their life is going great – take a moment to consider the trillion little things or the infinite larger things people had to overcome.

Are some people given a great life on a silver platter?

Sure – but, despite how we think we see life, instances of the silver spoon are few and far between.

More often, what life offers up are the situations illustrated by Joe Bob and Diana Prince. I’ve re-watched the segment several times. It is powerful, and the Mutant Family is what I would call blessed and some would call lucky.

Whichever word you choose – two very talented people shared with us like we were all sitting around their kitchen table because, in the end, love it or hate it – we’re all family.

And the Drive-In Will NEVER Die!

Posted by JakeBanzai at 6:38 PM