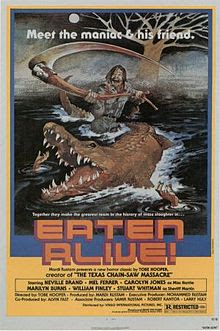 Some of the best films I've ever seen are also films I can't watch very often. Off the top of my head Aronofsky's Requiem for a Dream comes to mind as does John Cassavetes' greatest film (in my opinion) A Woman Under the Influence (released the same year as Texas Chainsaw Massacre). Both are brilliant...and gut wrenching. Although Gena Rowland (who was Oscar nominated for her performance) and Peter Falk's work in the latter film drag me back at least once a year..and then I take a week or two to recover.  But, that is the thing with art. If you want a comfortable film that is gone from your consciousness five minutes after you've watched it I would suggest a Madea film or perhaps something with David Spade.  Now, before you write me - I'm not suggesting I've not enjoyed me a Tyler Perry film, and, hell, I even have a soft spot for David Spade but I don't think Tyler Perry believes a Madea film is going to affect you on an emotional level for years to come.  And, kinda guessing David Spade forgets what he's done shortly after the check clears (but I could be wrong). 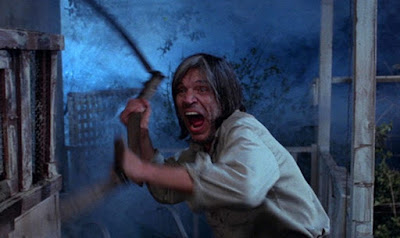 I mention this because I made a point of re-watching one of my favorite Tobe Hooper films recently.  One that has gone by a number of titles but when I saw it at the drive-in years ago it was called Eaten Alive. And, because distributors used to plan out their drive-in double bills for maximum effect, I saw it with an equally good and under appreciated English film called Raw Meat ("Mind the Gap!").  I think Hooper's work on Eaten Alive was perhaps his most effective - I mean of his entire career. Certainly this is a topic that is up for debate. Some will suggest that his classic Texas Chainsaw Massacre will always be his Citizen Kane, and if you know me you'll also know that I am in no way maligning one of the greatest American films ever made. 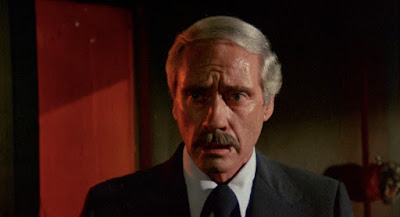 Eaten Alive is the story of a madman named Judd (the utterly brilliant Neville Brand) and his pet Nile crocodile operating the Starlight motel in the Louisiana bayou. As it turns out, Judd is not a people person. The story opens with Buck (portrayed by a boyish Robert Englund) attempting to make a young prostitute named Clara (the late Roberta Collins) do something she doesn't want to do. This leads to Miss Hattie, the madam, portrayed by Mrs. Morticia Adams herself (Carolyn Jones) kicking Clara out.  Clara sets off with a bit of money given her by a kind soul to find a place for the night...and leading her to the Starlight.  Judd, as portrayed by Brand, appears to have some deep seated sexual hangups and knows she is from Miss Hattie's.  This leads him to assault Clara and, in a visceral and disturbing scene, feed her to his croc.  As the story goes on a family arrives portrayed by Hooper stalwart Marylin Burns, William Finley (The Phantom of the Paradise) and their daughter.  Finley's character it appears to be every bit as mad as Judd and is shown in one of the most uncomfortable scenes in the picture.  Rounding out the cast is the father of Clara (Mel Ferrer) and her sister (Crystin Sinclaire) who have been searching for her in an attempt to bring her home.  As the second act winds down we are introduced to the town sheriff played by veteran actor Stuart Whitman. 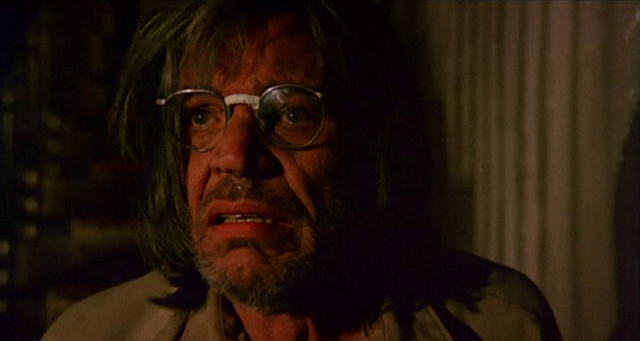 Despite the indicated location of the film, it was shot entirely on a sound stage at Raleigh Studios, a magnificent studio I had the pleasure of visiting a few years ago but never made it to any of the sound stages.  This was a brilliant move on Hooper's part.  It adds to a claustrophobic feeling of the film.  The perfect lighting and cinematography bring the grime, grit and humidity through the screen.  You almost feel as if you cannot catch your breath...as if the swamp is swallowing you up. 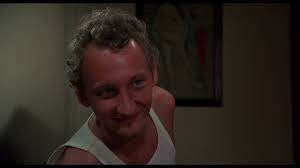 Let me add, when people suggest that Hooper didn't have the chops to direct Poltergeist I would have to direct them to his work with Brand in this picture.  Hooper masterfully leads Brand through madness, cloaked in a home-spun good ol boy persona not dissimilar to people I knew in Malden, MO or Southern Illinois. Honestly, Brand's work in this film was Oscar worthy, but, the Academy then, as it is now, is a club that doesn't necessarily reward talent - but, that's real life I suppose.

It's a hard film to watch - there is no comic relief. No rays of light. No thoughts of escape.  Just a mad man and his croc. 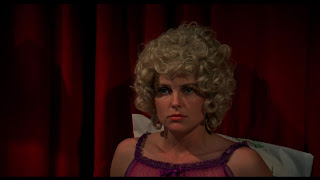 Later this month the New Bev will be showing TCM and Eaten Alive as part of a Hooper tribute.  Currently my intention is to attend.  But, two visceral examples of Hooper's best work back to back might make for a very depressing drive back down the 10.

I watched Eaten Alive on the Shudder option from Amazon.  Although, I do have the special edition 2-disc DVD set arriving soon.  However, there is an extras laden Blu-ray available that was just a bit past my price point.  I cannot encourage people enough to watch this film.  But, have a Madea or David Spade movie on deck afterward.  Eaten Alive is not an easy film to watch - made all the more ominous by the amazing cast (I mean, did Stuart Whitman ever not deliver?).

Also bear in mind this film goes by a number of titles.  I saw it under it original title, but, as you can see below it has had several.  This was not an uncommon thing to do up through the 80s (I saw The Dorm that Dripped Blood under a secondary title of Pranks in the early 80s).  But, it was a standard practice to march a film out through the drive-in circuit annually, but with a different title and perhaps some updated artwork for the ads.

Tobe Hooper really was a one of kind. Brilliant in every way. 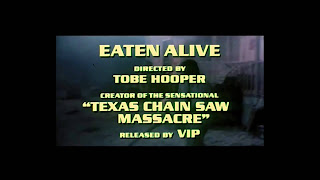 Posted by JakeBanzai at 5:31 PM