....a farewell to Tobe Hooper 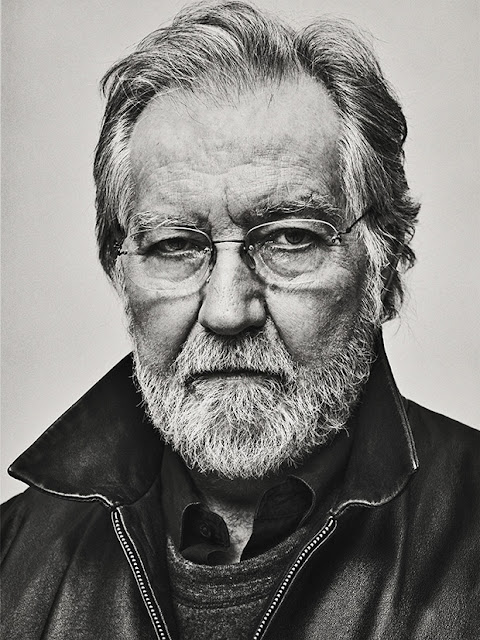 I've re-written this short essay twenty times.  I've really struggled with it because you really only get to say goodbye once.  And for Tobe Hooper I've wanted desperately for it to be perfect.  I've written essays where I go into his amazing filmography and other versions I tried, in almost painful detail, to explain why he was, and always will be, a personal favorite of mine. 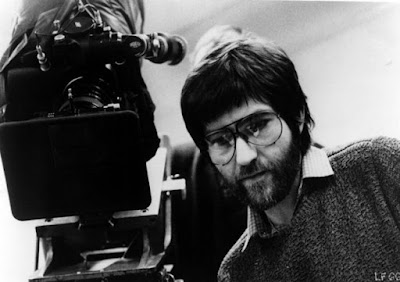 And so, weeks after he has left I still struggle to write about the hole his departure left, and because I don't have a billionth of the talent he had, I have to just come to grips with the fact I need to write a note to him to say so long, but, it won't be the one he deserves.

I was a reader of Fangoria magazine from its first issues (which I was I still had) and thanks to Fango I had developed an appreciation for Tobe Hooper almost two years before I managed to see The Texas Chainsaw Massacre.  In fact, the first Hooper films I ever saw were Eaten Alive (some years before I even cared who directed a film) and the Salem's Lot television movie.  It wasn't until a year before Poltergeist came out that TCM screened at my local drive-in. 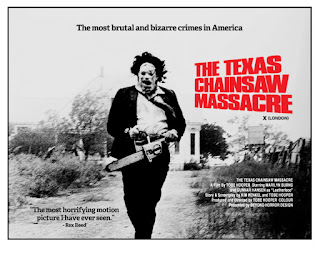 The anticipation to see a film I'd been reading about for years was intoxicating.  But, when my Dad parked the car just before dusk that night I was a bit nervous.  I wondered, what if I don't think it is as good as everyone says?  A foolish thought in retrospect.

I remember that night vividly.  Not because I'm a sadist and enjoyed watching people suffer but because the film dragged you in and made you live everything that was going on. My Dad and I had watched hundreds of films, and nothing grabbed me by the collar the way TCM did.


When I heard about The Fun House,  I must have bugged my Dad for weeks before that film opened to make certain he'd take me.  For those of you who have seen it...you know it is brilliant.  And for those of you who haven't yet, stop reading this, find it, watch it and come back to finish the essay.  What a film - atmospheric, claustrophobic, scary as hell.  Sure, as a young genre fan I loved me some Romero and some Carpenter...but, Tobe Hooper was my guy. Somehow I was convinced, when it came to seeing the cockeyed and weird in the world he and I were kindred spirits. 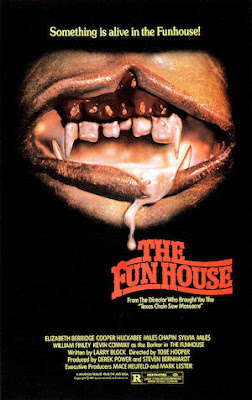 Obviously I was happy for Tobe when I read that he would be directing the Spielberg produced film Poltergeist ...and was hurt when shortly after its release the whispers of "Hooper didn't direct it...Spielberg did" began to crop up.  I always wondered "where did that come from?" The film SCREAMS Hooper.  Perhaps in this chaotic, 24 hours news cycle piece of shit world we live in, Spielberg has come out and made it clear to the world that Hooper directed that picture (which he should have done years ago) and I simply missed it.  If he hasn't, I don't think I care to have much more to do with Steven Spielberg...I'm sure he'll live.

Nostalgia takes over a bit - I saw Lifeforce, Invaders from Mars and Texas Chainsaw Massacre 2 at what was, looking back, the greatest days of my life.  When I still thought I'd be a writer, do things, love people...be happy.  And you know what happens when I watch those movies now?  They still bring that joy - maybe I could write these crazy stories, do things, love people...be happy.

But, that feeling passes pretty quickly - usually right after the movie ends. 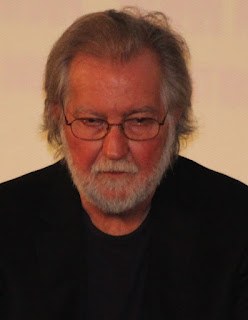 My oldest is 20 years old.  He doesn't understand when I talk about these things.  And he won't...not for another 30 years when he starts to see his youth die away like I am now.

In a single year so many of the writers, actors and directors I loved and respected passed away.  There was writing on the wall but I didn't read it.  Then my Dad got sick - that moment you come to the personal realization that everything -everything- you had when you were young is going to leave you no matter how much you kick and scream...and so he did.  When I got home last month from watching some amazing movies at the New Beverly and read that Tobe had died there was sadness...and resignation..and anger.

My guy was gone.

So Mr. Hooper, all I can say is thank you for everything  - every frame you shot, every word you wrote, spoke or thought, every brilliant second you stomped foot on the Terra - thank you. I am so sorry what I've written does not do you justice.

I'll leave you with a cliche.  But, remember cliches become cliches because there is truth at the core.

Whoever or whatever you love - love it entirely, completely and without ceasing because no matter what you do it will eventually slip away from you. And the only tragedy in that will be having not loved it enough.

Love it so much you can die without regret.

Love it so much the phrase "should have been" never crosses your mind.

Posted by JakeBanzai at 8:56 PM No comments: Links to this post

Killdozer and the ABC Movie of the Week 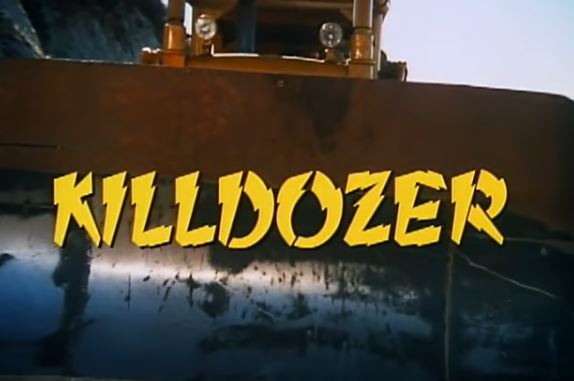 Once upon a time...in the dark ages, there were only three major networks.  The pretentious watched PBS, but, for the most part, Joe Six Pack watched the big three.  This cut throat competition was advantageous to the viewing public because each network fought tooth and nail to garner the ratings required to charge big bucks for advertising.

To some extent, this hasn't changed (at least in regards to ordinary "Television"); Although clearly Amazon, Netflix and Hulu are certainly modifying the very definition of TV.  But, for the sake of this article, I'm not going to focus on the streaming services although I'm sure, in a year or two I'll look back and realize that was a mistake.  When thinking about television, despite having hundreds of channels to watch, it is still controlled by roughly three corporations acting in the stead of the "Networks" of previous decades.  The difference between then and now is not only the number of channels spewing tripe, but, that tripe can migrate from channel to channel so in reality you're often paying to watch the same thing on nine different channels. 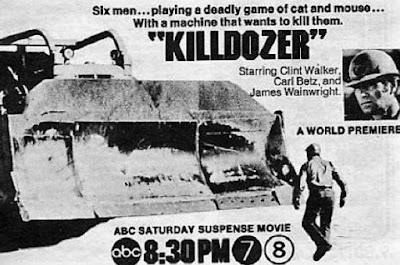 But, in a nation that was less "connected" and weary from Vietnam and Watergate, ABC, CBS and NBC was where the television rested when the family all ended up in the living room for the night's entertainment.  And during this time, ABC on Tuesday or Saturday evenings would broadcast the ABC Movie of the Week.  Films that could be shot for less money and didn't have to fit the standard 90 minutes to two hour convention of theatrical films.  The Movie of the Week provided some truly classic films including Steven Spielberg's first film Duel starring Dennis Weaver which was broadcast on Saturday November 13th 1971. 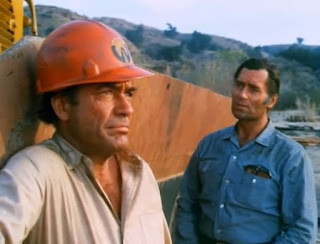 Also among the storied classics broadcast as a movie of the week was Killdozer which was first broadcast on February 2nd, 1974.  Although I did not see it when it premiered, I caught in a rerun several years later. It is a film that was not forgotten by those who loved it, and thanks to Conan O'Brien, Beavis and Butt-Head, and MST3K, enjoyed quite a revival.

Although the film did not premiere on television until 1974, it was based on a 1944 novella published by the gentleman who co-wrote the teleplay - Theodore Sturgeon.  The film also spawned an issue of Marvel Comics Worlds Unknown #6 under the title The Thing Called...Killdozer. As a quick aside, much like Forrest J Ackerman, Theodore Sturgeon was certainly a character who should never be forgotten for his contributions to literature and also lived an eccentric and fascinating life (people used to do that even before reality television and social media - they did it because that was how they were, not for publicity). 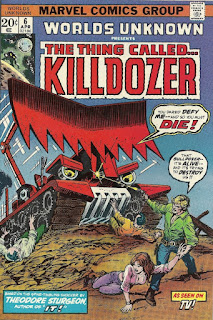 The execution of the film is brilliant.  A crew of six men working construction for an oil company on a small island 200 miles off the coast of Africa (with Valencia, California filling in for the island) must fight for survival when a D9 bulldozer becomes sentient after coming in contact with a metallic like meteor uncovered by the crew; a meteor which landed on the island thousands of years prior.  Once the dozer is in rampage mode, the crew is picked off one by one.

Each actor in this film provide standout performances - sadly some get less screen time than others because the D9 ends up in death mode.  But, I'm always happy to see Neville Brand (who also starred in one of my favorite Tobe Hooper films) and Robert Urich, who also had the privilege of being the husband of the beautiful Heather Menzies, a wonderful actress I was crushing on pretty badly in the 70s when she was in the short-lived Logan's Run television series (and the film Piranha) with another favorite of mine Donald Moffat.

After existing for years only on YouTube, a DVD release of the film with no extras to speak of can be purchased rather economically on Amazon (as of September 2, 2017). I can't recommend the film enough - it's a well done, wonderfully acted film that hits all the right notes.  It is certainly a sentimental favorite of mine that I meant to write about a year and a half ago (hard to believe all the changes that have taken place in that year in a half though).

As a side note, I mentioned that Neville Brand was also in one of my very favorite Tobe Hooper films (Eaten Alive 1976).  Last Saturday I was sitting in the New Bev reliving my youth while watching Dark Star and The Thing.  Unbeknownst to me, Tobe Hooper was dying not far where I sat.  While I've always respected the work of Craven and Romero...I was and always will be a Tobe Hooper guy and I'm hoping to write a bit about one of the most under appreciated and humble filmmakers of all time next week.  A world without Tobe Hooper is a small sad world indeed.

By the way - feel free to leave a comment below or drop me a line at jakebanzai1@gmail.com.


Posted by JakeBanzai at 9:52 AM No comments: Links to this post