This essay was originally posted on November 23, 2012 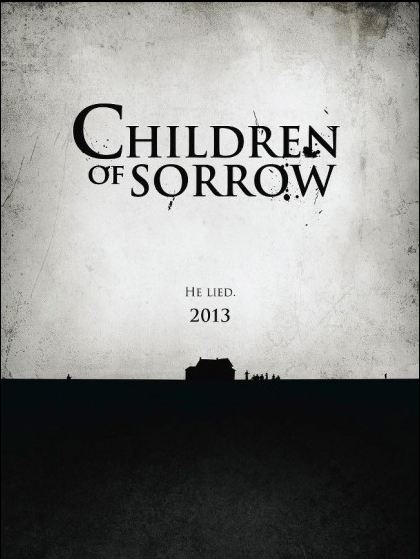 It is on of life's greatest ironies, but, people who have been hurt by another, or have experienced a loss of some kind, are the most susceptible to being further hurt by people who take advantage of their pain. We see it around us in many small ways every day.  However, it is no more apparent when we see people, sometimes our loved ones, fall victim to a person or organization that is nothing more than a cult. The last thirty years have been replete with examples. I remember in grade school seeing the videos and photos of Jim Jones' People's Temple tragedy in Guyana.

Then there are the Branch Davidians and Heaven's Gate. Each of these organizations played on member's fears – fears of abandonment, further hurt, of not being loved.

On Saturday November 17th, I had the honor and pleasure of seeing a number of films at the Shockfest Film Festival held at Raleigh Studios near Hollywood. Although there were a number of fine films presented, it was the powerful Children of Sorrow starring Bill Obrest, Jr. that made the greatest impression on me. 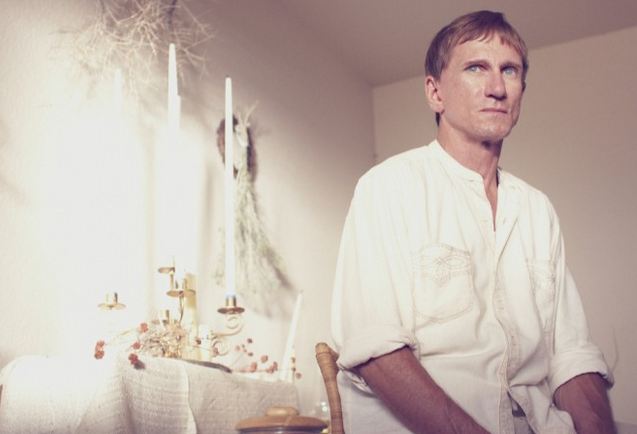 In far too many of the “found footage” motion pictures released today you generally only get the perspective of one person. But, Children of Sorrow defies the found footage / camcorder convention by providing multiple points of view – Ellen's search recorded on her cell phone, surveillance camera  footage from around the isolated and desolate compound and video taken by Father Simon's right hand  - Mary. Each provides its own unique perspective which moves the story briskly to its unnerving conclusion.

Written by Ryan Finnerty and directed by Jourdan McClure (the same team that gave us Rouge River),  the screenplay and direction might well have gone to waste if not for the outstanding and powerful acting of each member of the cast; but Bill Obrest, Jr.'s portrayal of cult leader Father Simon Leach deserves a great deal of praise. Its a role that could have devolved into parody – but no. At one moment warm and inviting and the next the perpetrator of horrible acts, Bill Obrest, Jr. delivers a character worthy of a great many accolades (one of which he received at the Shockfest film festival). Remember the name because you will see it much more in the near future. 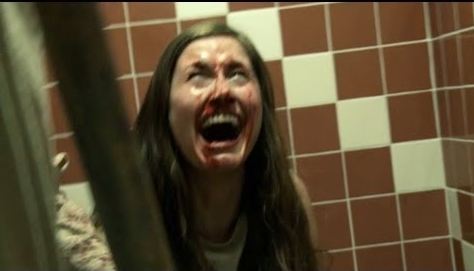 I have to admit – I only recently discovered the fine work of Mr. Obrest. One evening my wife brought home some DVDs from the local Redbox for family drive-in night in the garage. One of the films was Abraham Lincoln vs. Zombies (an Asylum production released to ride the coat tails of the more expensive, but not nearly as good, Abraham Lincoln Vampire Hunter). The film was enjoyable, but near the end Bill Obrest does a rendition of Lincoln's Gettysburg Address. In that moment I went from enjoying his performance as Lincoln to admiring the hell of out. In fact, if you can watch that scene from the film and not choke up – you might not have a soul.

Please keep an eye out for Children of Sorrow – and please follow the link below to its IMDB page and check out the work of each of the fine actors in the film. Their ability to make you care for each character is what makes the film's ultimate conclusion so powerful. 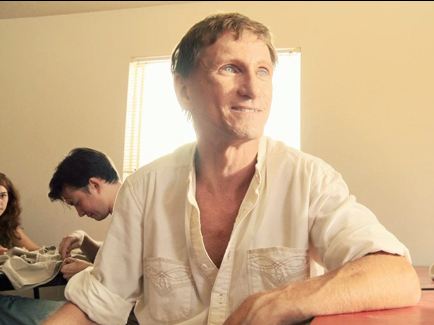 And finally – sometimes I wished I had named this blog something else. I chose this name after having a discussion with some workmates who couldn't see what I enjoy and admire about some films, so I replied with “In defense of bad movies”; nevertheless, films like Children of Sorrow don't need to be defended – just respected.

Posted by JakeBanzai at 5:27 PM No comments: Links to this post

Life is better....at the Bowl-O-Rama 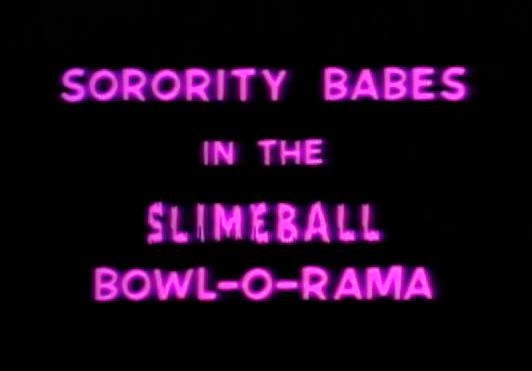 In all honesty, Sorority Babes in the Slimeball Bowl-O-Rama, is exactly the type of film I started this blog to defend.  I'll never forget sitting in an office at the University of Redlands, with the poser hipsters I worked with and seeing the sheer disdain on their face when I mentioned this film.  They had not seen the film; they knew nothing of its amazing director (David DeCoteau), nor of the incredible cast which featured not only Linnea Quigley, but also Michelle Bauer (as Michelle McClellen) and the always amazing, late, great, George "Buck" Flower (as C.D. LaFleur). Throw in Dukey Flyswatter (Michael Sonye) doing the voice work for our antagonist, the Evil Imp and you have movie magic. Sight unseen, they rolled their eyes at the mere mention of the title.

In vain, I began to explain the plot. But, as it did not star George Clooney, nor had it been directed by Kevin Smith or Steven Spielberg, their eyes glazed over and they heard nothing I said.  This was, in point of fact, their loss.

Part of me cannot recall a time when I didn't have a crush on Michelle Bauer or Linnea Quigley. From time to time, I can't even remember a time in my life when the films of David DeCoteau and Fred Olen Ray didn't put a smile on my face.  Some people remember the moment their time won the Super Bowl.  I remember the nights I first laid eyes on Hollywood Chainsaw Hookers...and the film that is the topic of this post....Sorority Babes in the Slimeball Bowl-O-Rama. I will quickly discuss the plot of the film.  Quickly, not because I feel the plot is lacking, but, only because I want to discuss the sweet brilliance of this picture.  The plot revolves around three horny guys sneaking into a sorority house to observe the generally kinky initiation of two new pledges.  Having been caught checking out the two pledges in the buff, they are strong armed into helping the new pledges steal a trophy from a bowling alley as part of their initiation. But, like every great film, all them get a bit more than they bargained for when a demonic imp is released from it trophy based prison.

For those of you have seen, know and love this film....no explanation is needed.  For the rest, you are probably at the wrong blog. 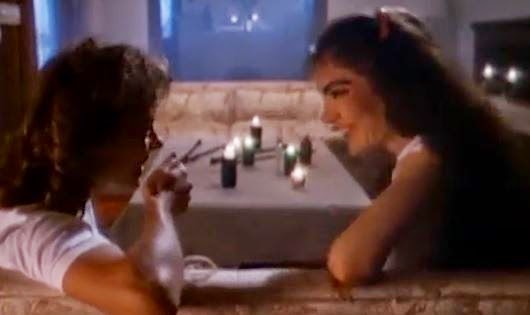 Where to begin?  How do you write a love letter to a movie?  How do you explain to all the parties involved that, in spite of what some people think, you admire and respect the hell out of what they did?

The 80s were an amazing time. Sure...and sadly, the drive-in was disappearing.  But, in its stead was the video store (and, in the age of the multiplex, many of the films I write about saw screen time). But, living in the ass end of small town Missouri, the video store was the place I discovered some of the most amazing things - Creepazoids, Nightmare Sisters, The Tomb, and Scalps.  No, in many ways the films weren't great. BUT!!!  They were amazing for the budgets and restrictions they had to work with.

For instance, IMDB indicates the budget for Slimeball Bowl-O-Rama was only $90,000.  $90,000!!!! Yet, the film is a perfect storm of creativity that used those funds to their utmost.  The film even has a well done car stunt at a time when most studios would have spent 90K just to flip a single car.

When you have an essentially unlimited budget, you can make Avatar, and the Transformers dujour or yet another Avengers movie.  But, make an outstanding film on $90,000, on film, with an amazing cast.  Only a handful of near Godlike people could do that.  One of those people is David DeCoteau. 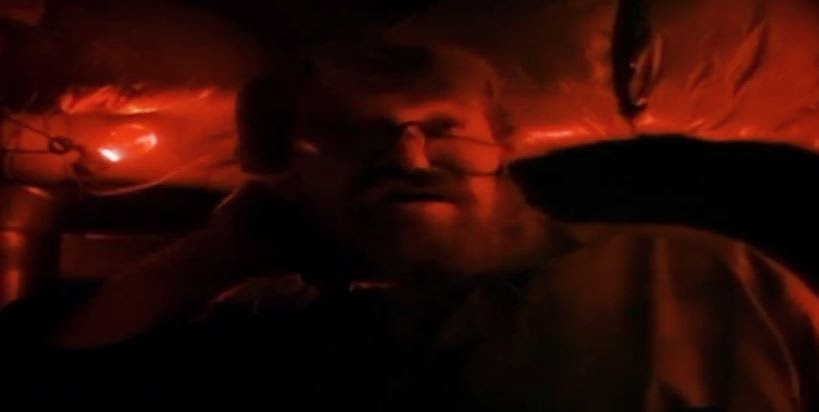 In the pre-Internet age, it was a bit harder to find out about your favorite directors and writers.  Especially when it came to genre fare.  But, just as the Internet was taking off (a time when bookstores were not an uncommon thing) I ran across a book by John McCarty titled "The Sleaze Merchants".  This was the most information I had been able to track down on some of the greats like Fred Olen Ray, David DeCoteau, Ted V. Mikles and Jim Wynorski.  I forget how many times I read that book. As a side note - my current obsession is the book "Empire of the 'B's" The Mad Movie World of Charles Band" another personal hero of mine. 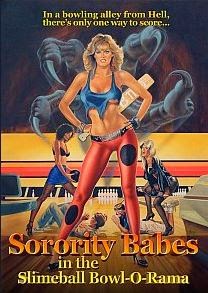 In the book "The Sleaze Merchants" I read about brave souls who did what I told everyone I was going to do all through high school. They went to L.A. to make movies.  And what DeCoteau does with Slimeball Bowl-O-Rama is magic.  He manages to take a film with half nude girls being paddled, full frontal female nudity and a demonic Imp...and make it almost feel innocent. 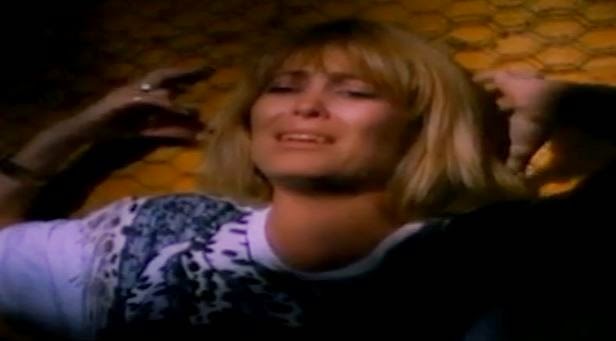 Yes - that is the word I used. Innocent.

The guy and girl fall for each other, the snotty sorority girls get their comeuppance and the Imp....  well, still waiting on the sequel.  And though I may have worn the tape out the weekend I rented it, there is a sweet naivete to the picture.  I don't say that in a mean or condescending way - just the opposite.  If the film were made today - it would no doubt include torture porn, the janitor would be some hardass you are supposed to hate and the boy and the girl would tell each other to fuck off.  Everytime I watch this film....and I've watched it a couple times a year since I bought my first copy (and even easier now with Full Moon streaming), I always reach the end with a smile on my face.

In full disclosure, I've not seen every David DeCoteau film, but that is only because the man is a machine and he has directed (again according to IMDB) 117 films.  But, I'm going to suggest 117 awesome films.

By the way - if you want to grasp the fullness of David DeCoteau's love for film, check out the commentary for Charles Band's Crash, David discusses the film with Charles Band...and he knows more details about it than the man who directed it.


Sorority Babes In The Slimeball Bowl-O-Rama 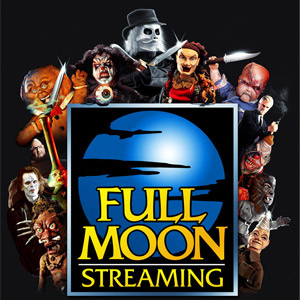 Posted by JakeBanzai at 8:19 PM No comments: Links to this post